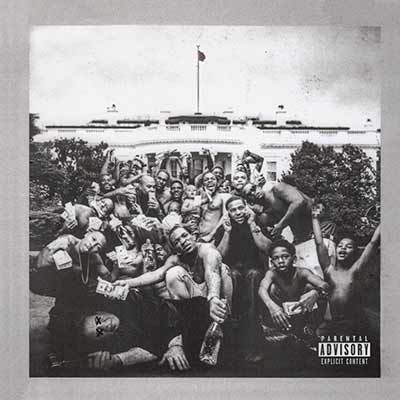 To Pimp A Butterfly

At this point, it’s obvious that Kendrick Lamar’s second major-label release was the best album of 2015. We’ll take it a step further: To Pimp A Butterfly is, right now, the most important album of the decade.

Earlier this week, Kendrick Lamar’s third album (and second major-label release) To Pimp A Butterfly won the Grammy Award for Best Rap Album. It seems like TPAB was everybody’s favourite record last year, but it hasn’t been discussed as a whole on Unsung yet.

Partially, that was to avoid being reactive: while it’s easy to hop on the same bandwagon as everybody else and claim a record to be the best of the year, it’s also very easy to make a mistake with claims like that and look foolish later. Hindsight is 20/20, but I needed time to step back before saying anything that would look ridiculous later.

At this point, it seems conclusive — and even President Obama agrees — that Lamar owned 2015.

What’s not as conclusive is how important To Pimp A Butterfly will be five years from now. I’d go so far as to say that the album is the most important of the decade thus far. It’s not just its jazz experiments — although that’s definitely a part of it — but it’s also the album’s cultural significance.

As Lamar explores his status as a rich black man exploring Africa for the first time and going back home to Compton, he incidentally sheds light on his generation’s biggest plight in cities like Ferguson. As black people (and other non-white nationalities) are mistreated and abused by police, To Pimp A Butterfly feels like a call to act — and a call to recognize each other as people. It’s an incredibly important record that shines a light on the way music can speak for our culture, and how it draws attention to the real issues we otherwise might not have even noticed.

The standout from the record is, no doubt, How Much A Dollar Cost. Against a laid-back jazzy beat, Kendrick discusses an encounter with a homeless man who asks him for money and reveals himself later to be God. Kendrick’s lyrical and rhythmic abilities as a rapper here are unparalleled, as he explains and justifies his behaviour despite knowing he’s sometimes no better than the white racist.

It’s not just that song, of course. Alright has become the theme song for the Black Lives Matter movement. The Blacker The Berry is powerful, and Kendrick’s live performances of the song seem to generate a simultaneously rabid and uncomfortably tense response from its audiences. And at the end of i, Kendrick breaks out a spoken word performance that’s hard to top.

But top it he does, with a so-well-done-it-feels-real interview with Tupac that Lamar scraped together with a bunch of unreleased tapes. It caps off an unbelievable album on a somber note: some things never change.

It’s more than the lyrics that make the album stand out, though: the music itself is incredible. To Pimp A Butterfly is one of the jazziest hip hop records ever made. It’s not a jazz record, but it has so many of the greats on it (like Terrace Martin and Thundercat) — as well as some new faces (like the immensely-talented Kamasi Washington). And it oozes the same sort of sexual, raw, and kinetic energy that the best jazz records eked.

Not to mention the way Kendrick Lamar uses jazz’s best inclinations to continually surprise the audiences with unpredictable beats, rhythms, and song structures. It makes To Pimp A Butterfly immensely rewarding with deeper listening.

There’s a point in the album, around the For Sale? Interlude, when you realize you genuinely have no idea what Kendrick is up to or where he’s going with the whole record. It’s full of surprises. And by the time it’s done, you let out a giant exhale, no matter how times you’ve heard it before. While Alright and King Kunta are great singles, it’s clear that the album is best when you listen to it from beginning to end without skipping a track.

Every ten or fifteen years, an artefact comes out of our pop culture that seems to be the perfect depiction of something happening in our society. It happened fifteen years ago with The Lord Of The Rings, a film trilogy that seemed perfectly time to capture our fears and hopes concerning the War on Terrorism. With To Pimp A Butterfly, we have something similar: a time capsule that is perhaps the closest thing to a perfect record that we’ve ever had, but it also means so much more. It’s our time, no matter how bad it is, recorded onto vinyl. It’s a thing of beauty.