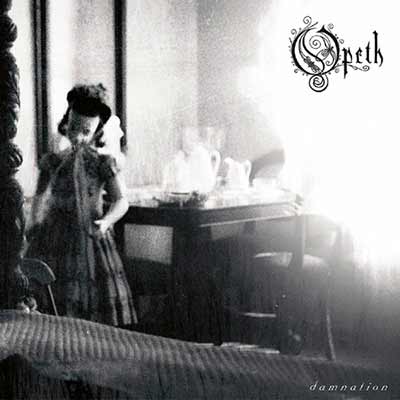 Opeth's quietest album is also one of their best: without the growls and deathly distortion they'd become known for, that let Opeth and Mikael Äkerfeldt craft a record that is the Guillermo del Toro of metal albums: quiet, ornate, and beautiful, but sinister beneath the surface.

Damnation is a popular record in the metal crowd (although it’s truthfully hard to define it as a metal record), but it needs to be heard by everybody. Opeth is a death metal band with a history of folk music, and Damnation is this magnificent acoustic-only folk record they made about ten years ago. And it holds up so well, perhaps better than anything else they’ve ever done.

Opeth is also unique for their take on jazz and blues, and when you merge that with folk and the sort of instrumentation and songwriting that metalheads are used to (the songs are long and filled with great instrumental breaks), you arrive at an incredibly unique record.

Most people now suggest that Damnation was the first sign of Opeth’s future exploration of 1970s progressive rock, but that doesn’t give the record enough credit as a folk album. Damnation is an impressive record, perhaps a masterpiece, and my favourite from Opeth’s entire oeuvre.