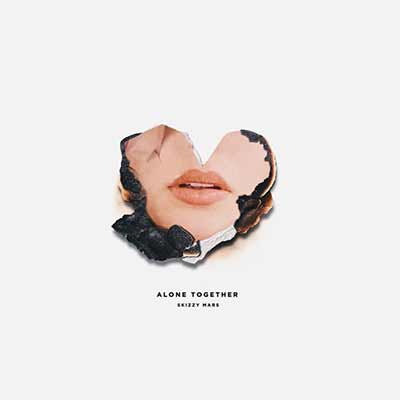 Maybe it’s his age, but 22-year-old Skizzy Mars sounds fresh. The Harlem-based rapper doesn’t sound like anybody else in New York right now, and feels much more like a cousin of Drake’s style. Tracks are filled with a combination of rapping and singing that would make the Canadian emcee proud.

Alcoholics, the first single, comes out of the gate strong with a clear attempt at sounding like a vintage Lamar single. Songs like Recognize and Burn Bridges are familiar radio staples with a fresh rapper laying down his tracks overtop of them.

So what makes all this work? It’s not like Mars is that original. But his style is uniquely laid-back and remarkably cohesive, considering that he’s earned the nickname the Lonely Stoner. He’s not different from the rest of us, and he’s making hip hop that sounds like something we can all relate to — unlike many of his contemporaries.

In an interview with XXL, Skizzy told them he’s “going to be the next kid to revolutionize music” and compared himself to Kanye West. In an 808s & Heartbreak, way he’s not very dissimilar, and they clearly share a similar ego. And the music feels a little manufactured, but at the same time, it feels like Skizzy has something to say.

Maybe it’s his laid back style, or maybe it’s the way he raps about his loneliness and search for tangible love. He’s a perfect hip hop complement to BJ the Chicago Kid, another one of the new soul-influenced generation who feels like he’s struggling with the loneliness that comes with our digital age.

The album highlight Girl on a Train is captivating, and an easy way to sum up what makes the album great: familiar without being comfortable, with a unique flow, Skizzy says something we’ve all heard before in a pre-packaged way that, thanks to his unique flow, feels entirely magical. And at the end of it, after observing the girl, after seeing her on the train, musing about her, missing his chance, Skizzy goes home alone. And he captures that profound sense of missed opportunity beautifully.

Skizzy Mars is making popcorn music, but he’s better than a lot of the other popcorn music out there. And it might be his age that gives him a bit of his edge — I’m Ready feels like a real edgy blues-influenced hip hop track that could only come from an angry, loveless 22-year-old — but I hope that Skizzy Mars matures well. Alone Together marries a lot of familiar elements with a strong and fresh new voice.